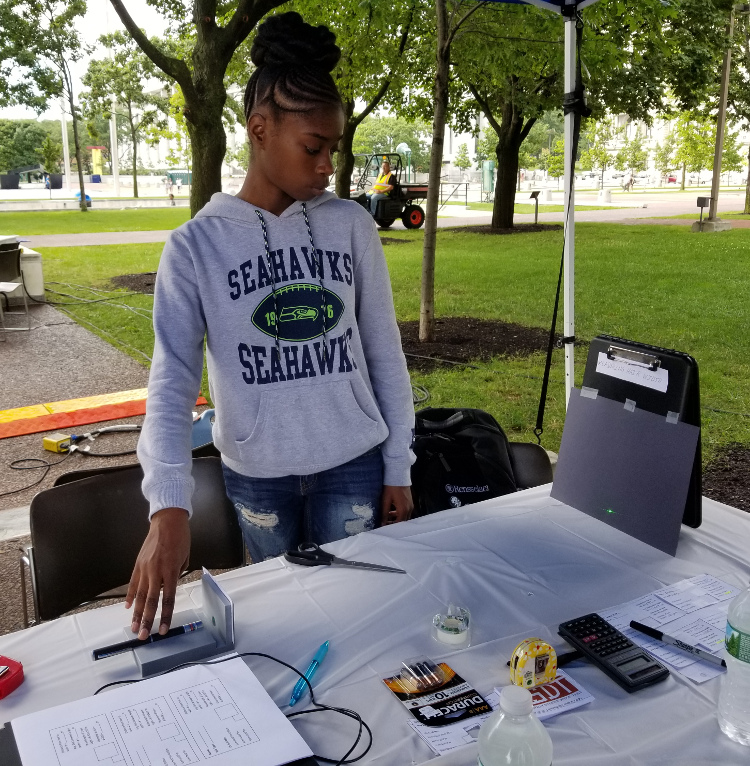 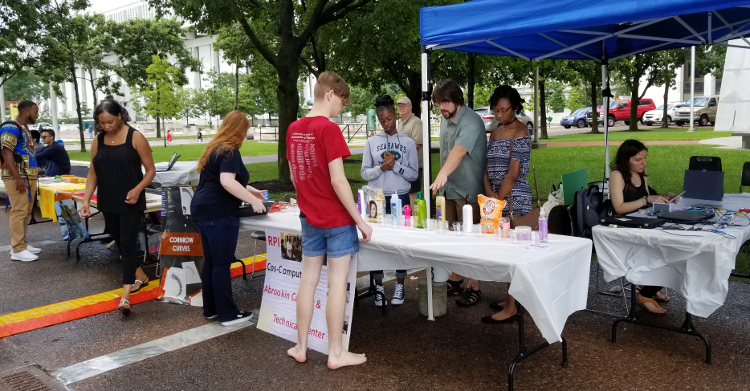 Thankfully, the weather did improve and we were able to set up a display on the Plaza. From left to right Lakisha Foi, Zoe Zatz, Ethan Riley, two of our high school Interns, Bill Babbitt, Michael Lachney, and Amelia Peterson all work to make it happen. 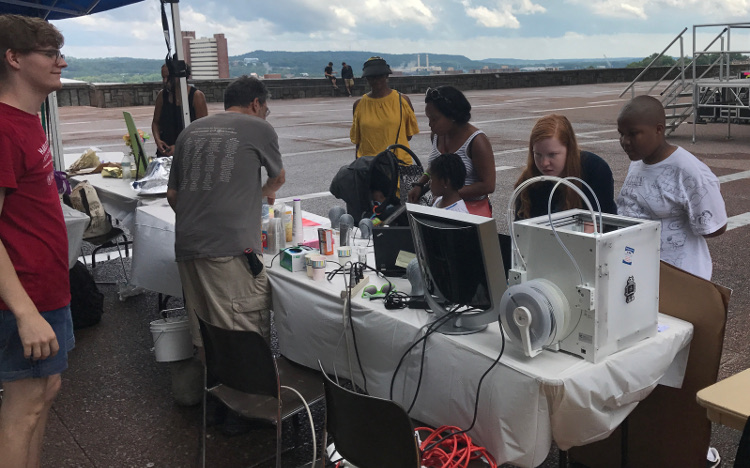 From left to right, Ethan Riley, Ron Eglash, work to put the final touches on the display at the festival, while Audrey Bennett provides direction, and Zoe Zatz shows off our Cornrow Curves Software. 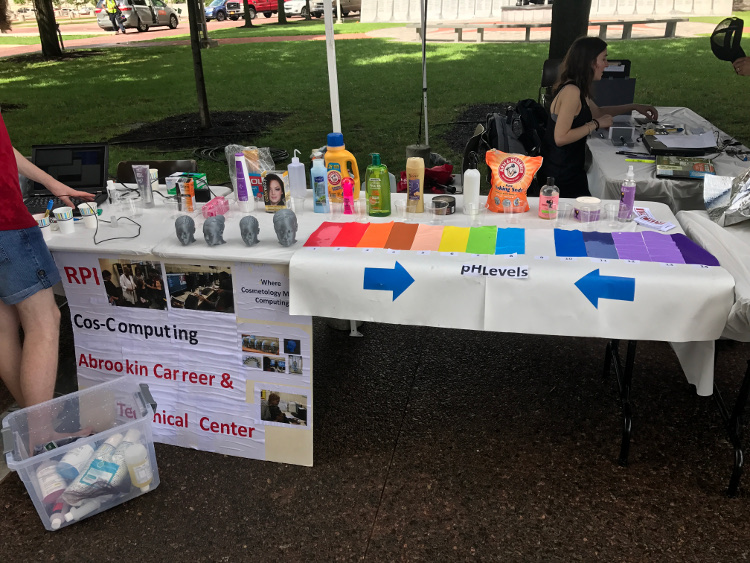 Set up is almost complete with the pH banner created by our C-STEM Interns on display along with hair care and soap products, all ready for pH testing with the Arduino based pH probe. 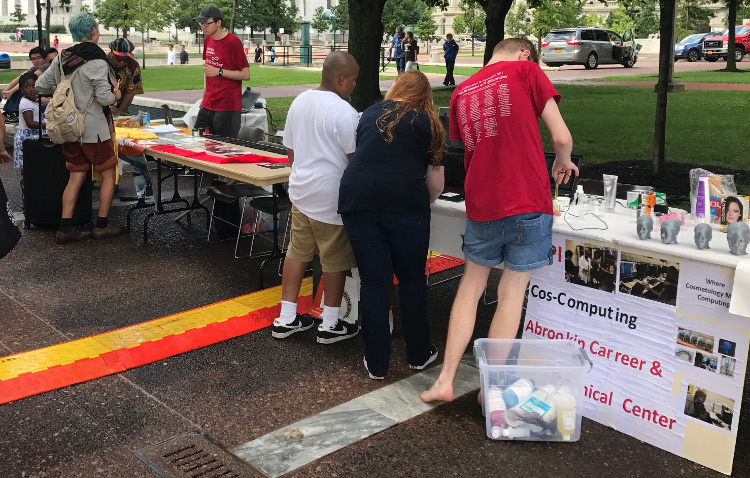 C-STEM personnel and community partners explain and demonstrate the different technologies on display for the festival. Donald Hyman (far left, wearing a hat) and Andriy Nikolayenko share the history and meaning of Adinkra symbols from Ghana, West Africa, as Adinkra stamps print on the 3D printer. Zoe Zatz explains the CSnap cornrows software as Ethan Riley tests the pH probe on a shampoo sample. 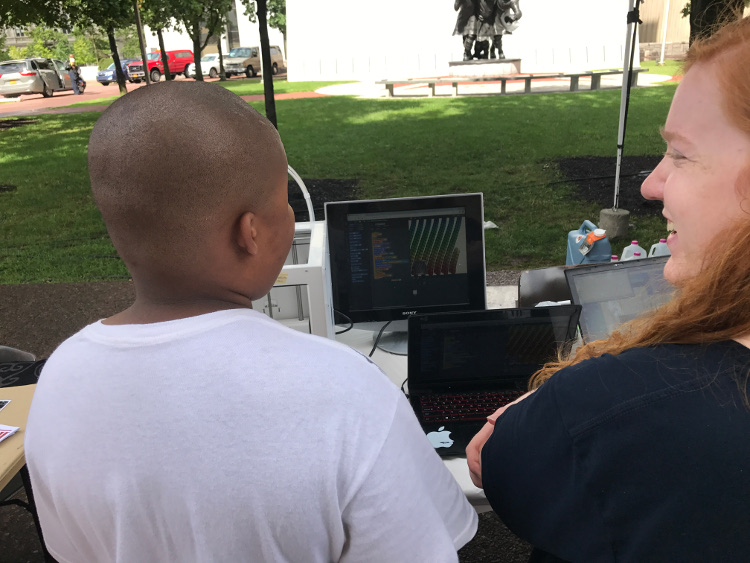