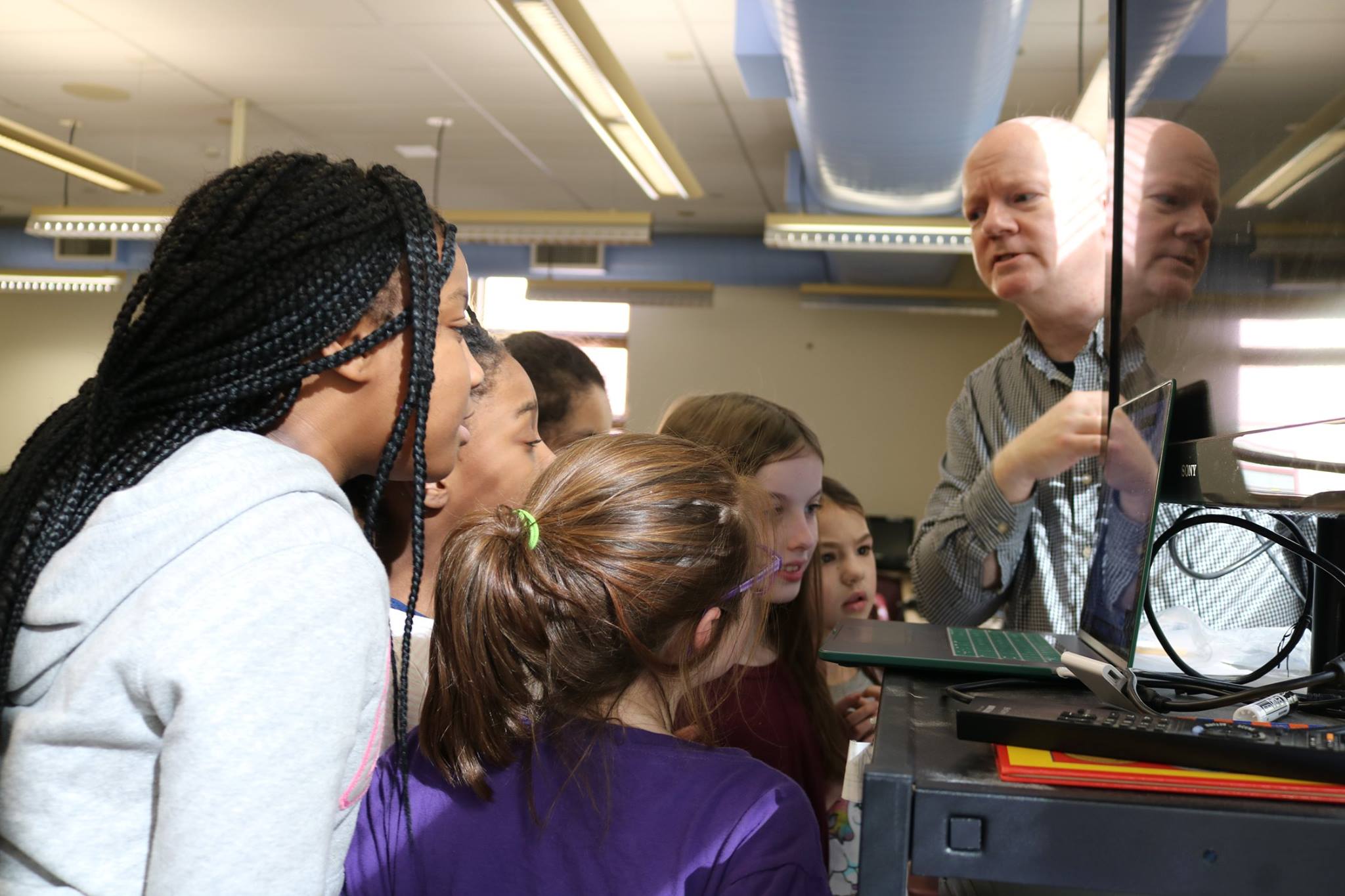 During Black History Month, CSTEM@Rensselaer conducted a multi-day workshop for students at the Montessori School (Albany Public Schools). Over the course of the workshop, students learned about the Ghanaian, West Africa symbol set called Adinkra. They also learned all about Benjamin Banneker, the free African American surveyor whose knowledge of astronomy helped him author a commercially successful series of almanacs. Banneker also corresponded with president Thomas Jefferson on the topics of slavery and racial equality and created a mapping survey for the creation of the capital, Washington D.C. Montessori students also created simulations of the Adinkra symbol "Quincunx" in the block-based programming environment called C-Snap. Quincunx is a symbol associated with Banneker. Students then learned all about 3D printing and received 3D prints of their simulation designs.

Learn all about Benjamin Banneker using the CSDT website

Pictured above, students use Cura to work with their simulation designs in a 3D environment prior to printing on 3D printers.

The students went on to celebrate their achievements in a school-wide assembly, Video here.

A special "Thank you!" to Mr. Donald Hyman, Jennifer Salvaggio, and Albany Public Schools for making this event possible.