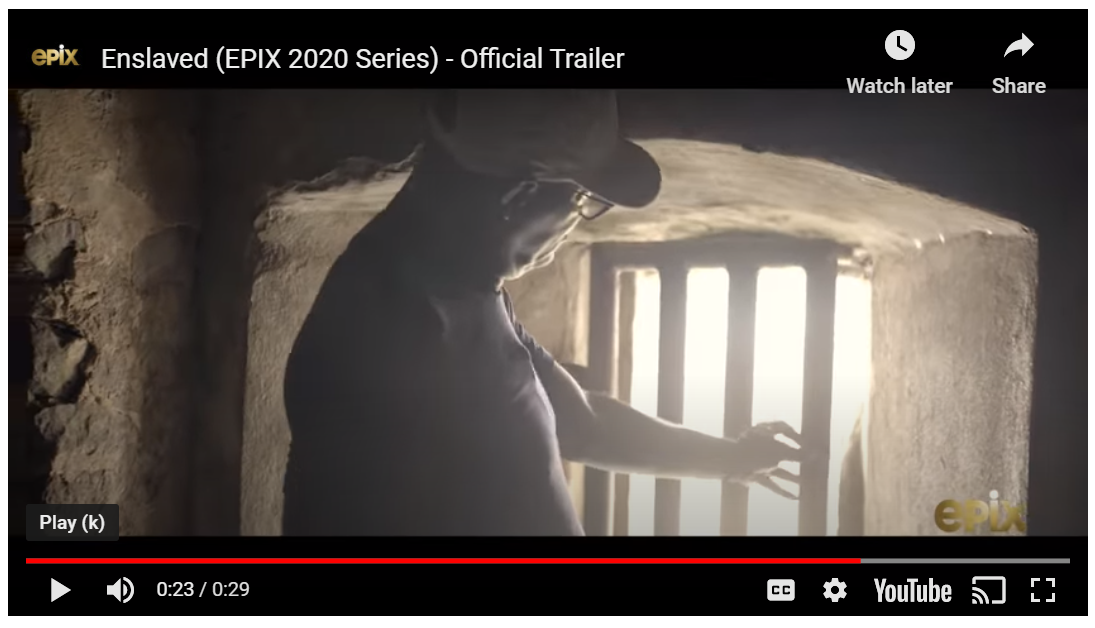 But modern computer scientists aren’t the only ones to use fractals—Africans have been using them for centuries to design textiles, sculptures, architecture, hairstyles and more.

Ron Eglash, a professor at the University of Michigan School of Information and Penny W. Stamps School of Art and Design, is widely known for his work in the field of ethnomathematics—particularly for his study of these African fractal patterns. He recently lent this expertise to the production of Enslaved, a new six-episode docuseries that explores 400 years of human trafficking from Africa to the New World.

It largely documents the underwater archaeology work of Diving with a Purpose as they locate six slave ships that went down with their human cargo, while weaving in other aspects of African culture and history related to the slave trade.

Eglash was filmed at two sites in Africa in 2019 and appears in the fifth episode, “New World Cultures,” airing Oct. 5. In it, he discusses fractal structures in a 1,000 year-old church in Lalibela, Ethiopia; modern African textiles at a market nearby; and adinkra symbols that are part of his current research in the village of Ntonso in Ghana. He also demos his fractal simulation tools that were developed at UMSI.

Simcha Jacobovici, director of the series, contacted Eglash after coming across his TED Talk and reading a book he published in 1999, “African Fractals: Modern Computing and Indigenous Design.” Jacobovici invited him to come to Ethiopia to explore a church that was included in the book as an example of a fractal pattern.

According to Eglash, Ethiopian churches are quite unique—instead of being built brick by brick, they were carved out of a single bed of rock, more like an excavation dug down into the earth.

“The photo in my book is an aerial one—a series of crosses within other crosses,” he said. “During the filming, there was a real sense of exploration and discovery. I had been looking at a photo of the roof of this church for 20 years, but had never visited the site and had no idea what was inside. They had the cameras rolling when I went down into it and what we found was truly amazing.”

After visiting the church and discovering a staircase shaped like a logarithmic curve, Jacobovici and the crew accompanied Eglash to a market, where he pointed out other scaling designs that could be found printed on African fabrics, jewelry and other common objects for sale.

The findings supported Eglash’s work that proves that Africans had some of the first fractals in architecture and the arts, and that the West has slowly been catching up to it.

“One of the things our research has been gradually piecing together is the profound complexity of the ‘heritage algorithms’ that we can see reflected in African buildings, objects and prints,” he said. “We are used to thinking about mathematics through a very European lens—that it is a process of doing theorems and proofs—but that’s not the way that mathematical thought expresses itself in these African traditions.

“There it’s more like a cycle: Fabrication designs support spiritual practices, those support ecosystems and those provide design materials. So it makes sense that a circular economy might inspire a recursive geometry.”

In addition to appearing in the series, Eglash also worked with producers as a consultant.

“I was thrilled to be a part of this team,” he said. “It was a really exciting endeavor and a great way to get the fundamental message out that Africa not only has an amazing art and humanities heritage, but also a mathematical heritage.”

The series, which was produced by and stars Samuel L. Jackson, premiered Sept. 14 on EPIX, with new episodes airing each Monday at 10 p.m. through Oct. 19.