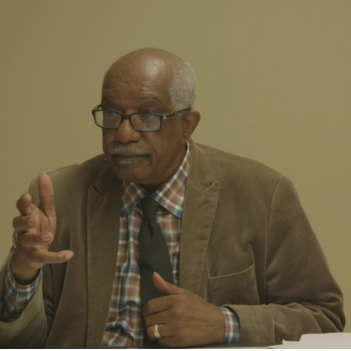 Clarence Samuel Johnson was born in Albany, NY in 1940. He has lived in the South End for a very long time. His father was part of the Great Migration that occured when many African Americans migrated from the South to the Northern States between 1916 and 1970. His father, the Rev. John Johnson, moved with many other families from Shubuta, MS in 1931. His father began buying houses in Albany, NY-- eighteen in total-- and also began a church called Greater St. John’s Church of God in Christ in a storefront in 1952. As a landlord, Rev. John Johnson rented houses at a low cost to the migrants from Shubuta, Mississippi and also provided them jobs as maintenance people for the rentals. Sam still goes to Greater St. John’s Church of God in Christ, where he is an Ordained Associate Minister. The church is involved with Mississippi Day in Albany, which celebrates the Migration with free food and festivities. (summary written by Romelo and Ryan)